What is a funnel Analysis?

You can perform a step-by-step analysis of how users enter the service and achieve a specific goal with the funnel analysis. The steps in the funnel Analysis can be created using the events. This allows you to check the conversion/bounce rate of each step.

The advantages of the funnel analysis are as follows:

For example, for e-commerce, you can leverage the funnel analysis to answer the following questions:

Currently, Hackle offers three types of funnel analysis: Any Order Funnel, Closed Funnel and Direct Order Funnel. You can select the type according to the purpose of the analysis 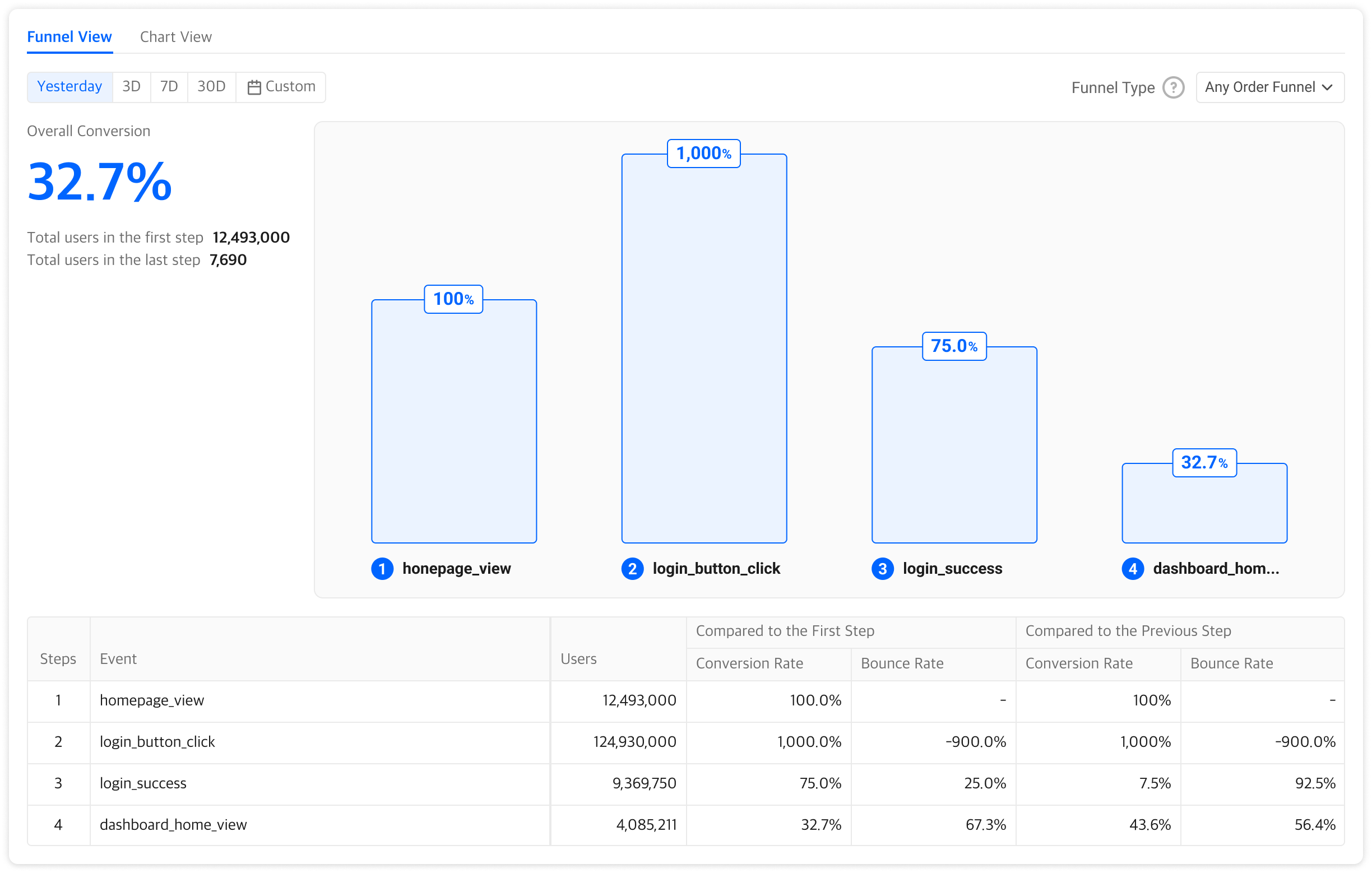 The events in step n will be counted, only when occurred after the events from step 1 to step n-1

Based on the order of the funnel steps, the user who entered the first step and has reached the n-step after steps 1 to n-1 will be calculated as converted, even if there is another event in the middle of each step.

Closed Funnel captures cases in which a user enters the first stage of the service and then deviates from the order in the middle and then visits again. Even if the user leaves the flow halfway, it can be used to determine whether the user has ultimately gone through the intended sequence (path) from the first step to the last step. 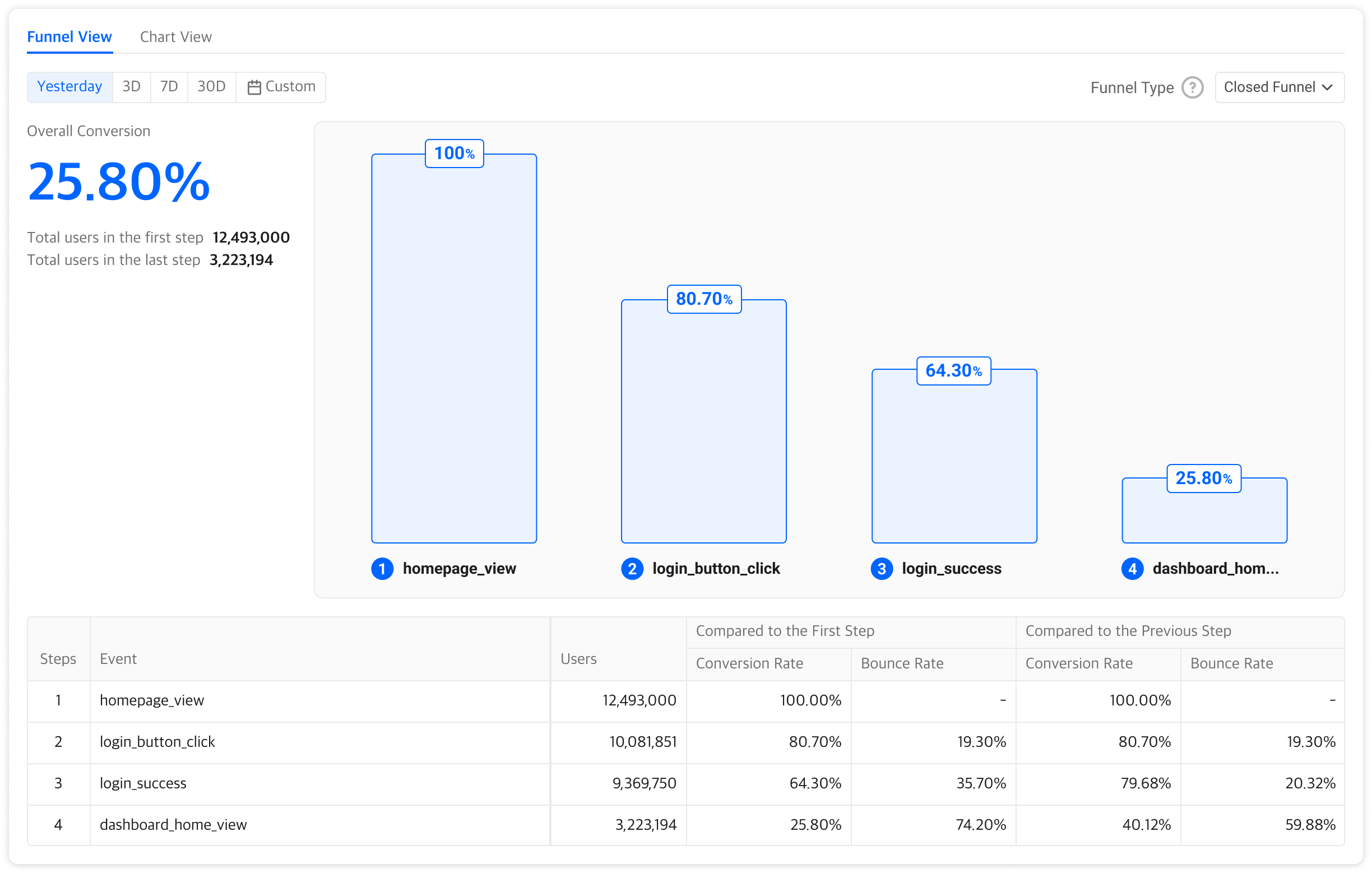 3. Direct Order Funnel
Based on the order of the funnel steps, the user who entered the first step and has reached the n-step continuously will be calculated as converted. This means that the analysis does not include users who participate in the funnel from the intermediate stage, not from the first stage, or those who leave the intermediate stage.
The Direct order funnel is useful to ensure that the user has been through a certain flow without any deviations and in exact sequence. The biggest difference from a closed funnel is whether different step events are allowed between the funnel step. 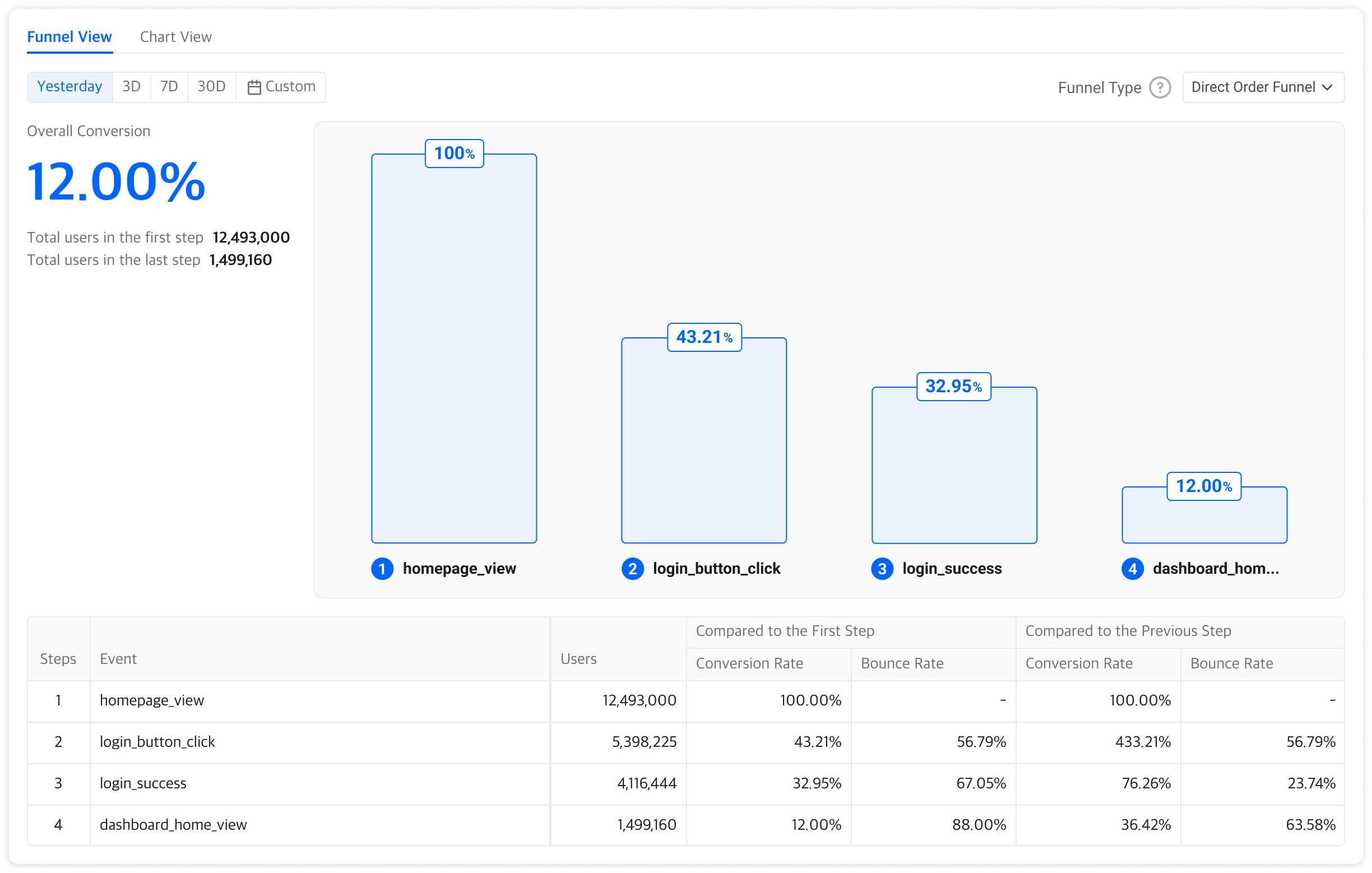 Learn how to create Funnel Analysis