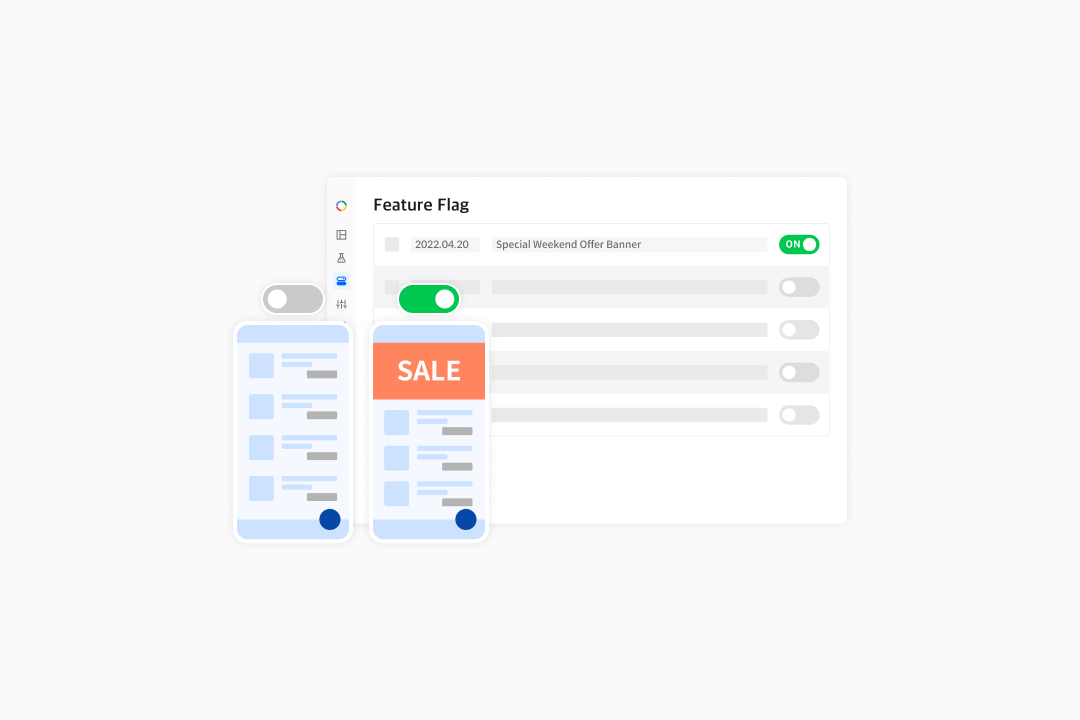 As soon as you deploy your code into production, the relevant features become visible to users. This moment of deployment is the most stressful stage for developers. This is because we often encounter situations where unexpected problems arise from untested, or even tested situations.

Feature flags allow you to manage the entire lifecycle of a feature by separating deployment from actual release.

You can reduce deployment complexity in situations where there are multiple changes being deployed. You can focus on deployment without affecting other features, services, and operating environments by introducing a feature flag for each feature or service at an OFF state and starting the deployment. After the deployment is complete, you can start switching the feature flags to the ON state one by one and easily monitor all the features.

The advantages in this case are:

You can roll out a feature to a specific user first before rolling it out to all users. These users may include QA, beta testers, etc from your team. You can also start with an unspecified majority at low traffic and gradually roll out features to all users over time.

The advantages in this case are:

You can turn system features on and off without deploying code to maintain system stability.