User targeting is the ability to turn feature flags on and off to users with specific properties. For example, it is possible to apply a feature flag to all users who use Android among mobile operating systems.

Composition of target rules and conditions

Both the target rules and conditions consist of a combination of property name + operator + property value.

For example, if you want to target Android users among mobile operating systems in a situation where users' operating systems are being collected via the property key osName, you can create the following combination.

The first combination created becomes the first (target) rule. Depending on whether you add another combination as an AND or an OR to these rules, you can create a target for a completely different user.

Let's take a closer look at the operators and AND/OR below.

Operators are used when setting conditions and serve to describe the relationship between property names and property values.
Hackle provides a total of 22 operators, you must select an appropriate operator according to the type of property value of the selected property name.

Please refer to the table below for more details.

If you want to target a user who resides in Dallas city, you can define the following rule like this:

Creating a rule for [users residing in a metropolitan city]

The two AND and OR operands have the following meanings:

AND and OR operands in Hackle's targeting

No target rules set (All Users)

If you don't set a target, i.e. no rules specified, then all users, except those who are individually targeted, will be a part of the allocated traffic.

Drag the button or type in percentage to allocate traffic.

Click on Save button on the top right corner to apply changes.

Setting up targeting rules on the dashboard

When setting, the values to be input or selected and the description of each button are as follows.

If you click the + Add an AND condition button in 5, a condition is added to Rule 1 as shown in the screenshot below.

After entering the necessary information to create the test and setting the targeting settings, click the Save button to complete the setup.

If you set a target, it will have one or more rules. 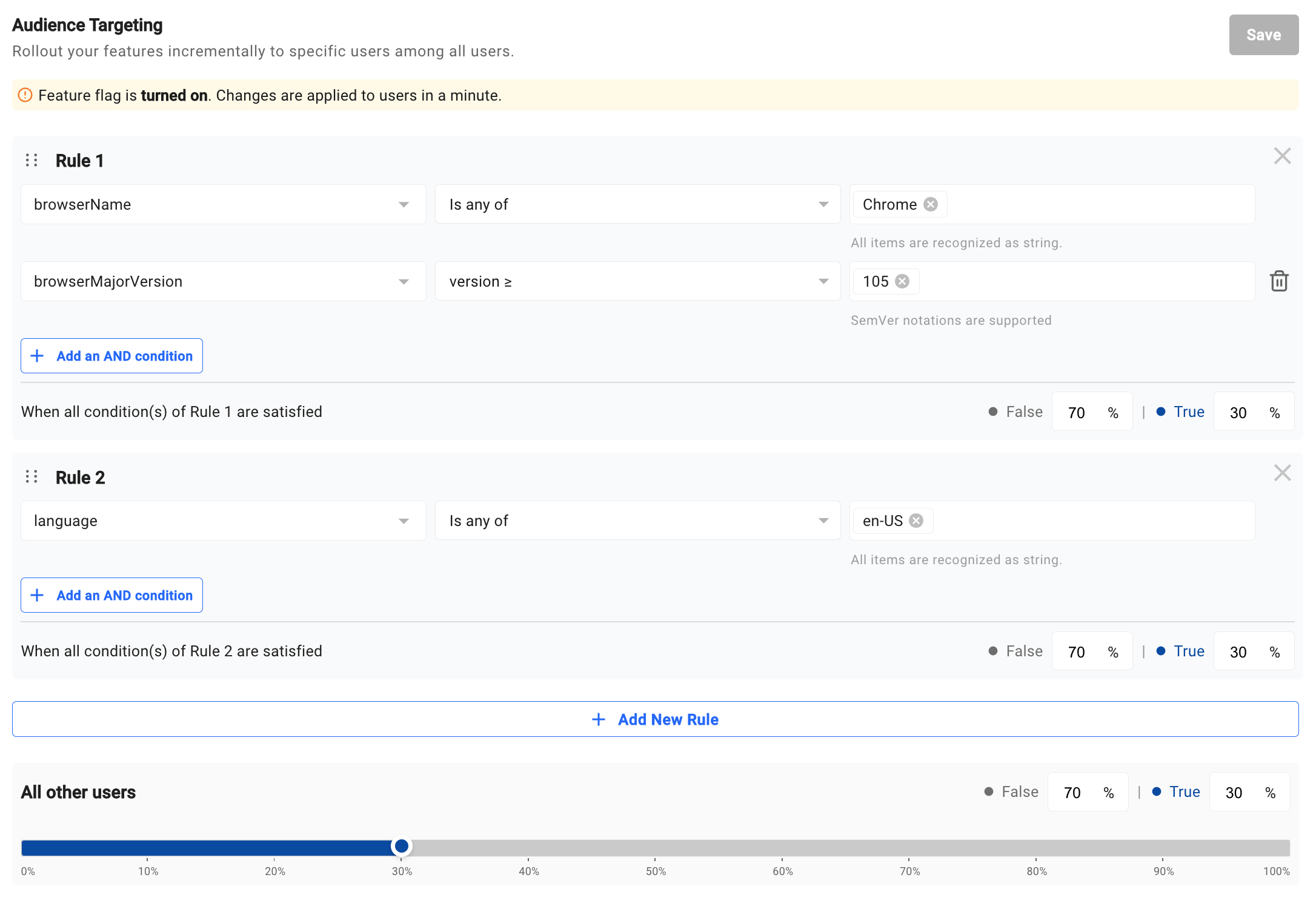 Refer to the links below for User Identifier and Property of each SDK types.